An Interview with Tiki Man Radio 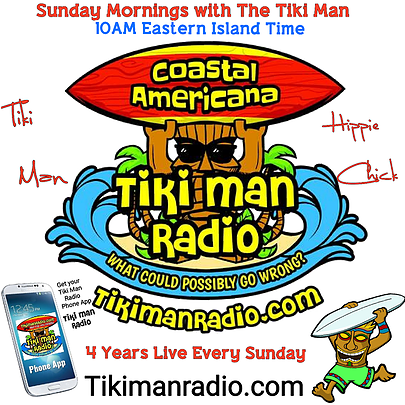 Our director, Todd, recently had the pleasure of taking part in an on-air interview with Tiki Man Radio to discuss the release of Chasing the Sun. We highly encourage you to listen to the whole thing (it’s an easy 20-minute conversation!) by clicking here. Here are some of the highlights from their discussion:
• The film and Trop rock have a lot in common – and not just the music genre! Find out what Todd is doing at the last minute that is also the hallmark of band album releases.
• Discover Todd’s real vision for the movie (hint: it isn’t just about releasing a movie!) and how a unique storyline allowed him to make that vision come to life.
• Curious what the lead actor, Art Hall, is now obsessed with as a result of filming? We’ll tell you during the show!
• If you’ve ever wanted to know how Todd fell in love with Trop rock music in the first place, he tells the story…and it involves Jimmy Parrish and a trip to the islands.
• Who inspired the film? There are a lot of answers to that questions – and they’re all revealed right here.
• Rather than creating a film that makes you think, Todd wants to create a film that makes you _____________. (The answer is on the show – and it’s not what you have in mind!)

While those are some of the big things covered during the interview, Todd and Tiki Man Radio will take you on a journey about the film and the heart behind it. Give it a listen and, if you’re in Key West, we hope you can make it to the premiere!

« Chasing the Sun Film Premiere » Why I Interviewed Thom Shepherd