This film we’re making is all about people following their dreams & passions. And thanks to you, this first week of fundraising the campaign has been a big success. We attended the “Meeting of the Minds” annual Parrothead bash down in Key West. Words cannot describe what you get when you mix 3,500 Parrotheads on an island a little over seven square miles. Suffice to say, Hemingway would be proud.

While we were in marketing mode most of the time, we did get a chance to see some amazing Trop Rock artists. We kicked it all off with the Crab Island Mambo Welcome Party. This was a blast and a perfect way to start the week. We attended Kelly McGuire’s Songwriters Showcase at the Lighthouse court. It was an intimate gathering of music enthusiasts who gathered to listen to musicians sing their songs and just as important, tell the stories of their songs. In some ways listening to these songs are dangerous, as they just might make you want to leave it all and escape south!

We visited “Island Dogs” bar seeing a lot of great acts as well. All of these were sponsored by “Songwriter’s Island Radio.” They’ve been a big help in promoting the film. And they won a Best Trop Rock Radio station award!

I had a chance to film the shows of some fantastic musicians, including Jim Morris, John Patti, Jimmy Parrish, and Jimi Pappas. While it was a lot of work running around with two cameras and a heavy shoulder mount for these four – five hour shows in the Florida heat, it counts as some of the most fun nights of the year. Being up close and on stage filming these great tropical performances – there are worse ways to spend an evening. 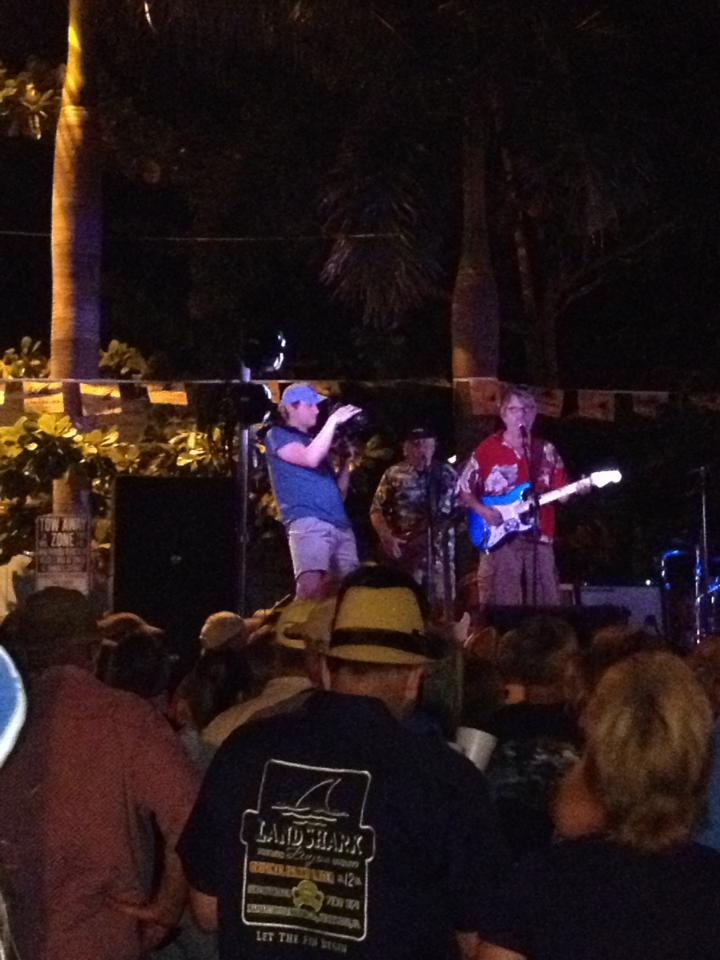 Shooting the Jim Morris show outside at Hog’s Breath in Key West. 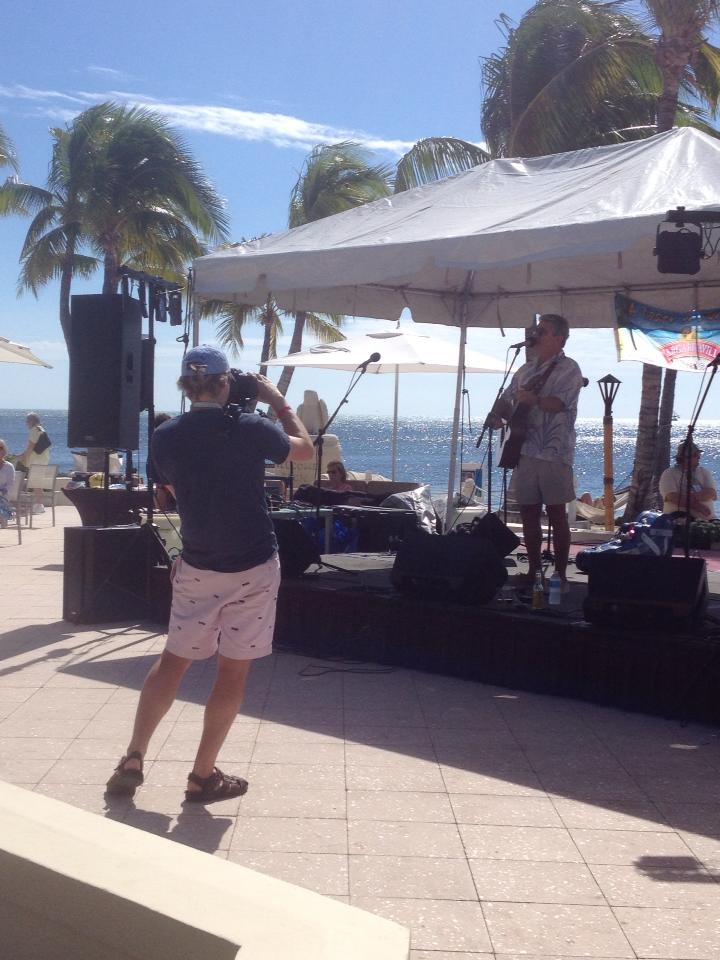 Some of the shows I shot right near the beach, with the ocean breeze blowing. I also had chance to get up in front of the crowd and talk about “Island Time” – the story of the film, our fundraising goals, and my own love of this music.

In between the music and fun we had a chance to chat with many people inspired by the music of Trop Rock and Jimmy Buffett. People who have actually sailed away, who have followed their dreams and live in Key West or South of St. Somewhere.

I love talking with people about this since that’s the theme of “Island Time.” About some friends who leave it all to start a beach bar in the islands.

I’ve been gearing up for this project for well over a year now, and returning from this trip has gotten me even more excited about it. I’m overwhelmed by the positive response and enthusiasm from everyone we met – and excited to shoot the film as we move closer to our goals.

THANK YOU to everyone who has helped make our first big campaign push such a big success. Thank you for donating, thank you for sharing, and most of all thank you for your enthusiasm in bringing this tropical story to life.

Thanks for your support!